2010 Artists of the Mohawk Hudson Region at The Hyde Collection

There’s no way I could write an objective review of the 2010 edition of Artists of the Mohawk Hudson Region, held this year for the first time at The Hyde Collection in Glens Falls. I didn’t enter the show – which would immediately disqualify me from writing about it at all – but the 72 accepted artists include my studio mate, several people I represent in a corporate rental service, at least a dozen personal friends and acquaintances, a couple of professors at the college I attend, and even an ex-girlfriend. 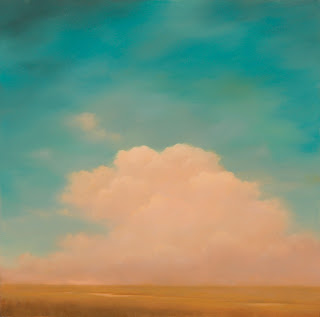 So, please don’t expect me to offer a full critical assessment of this year’s art and artists. But – no worries – there’s still plenty to say about the show.

First, the new venue. No doubt there are people who were not pleased when this longstanding staple of the annual Capital Region exhibition circuit added a spot in its three-year rotation at the feet of the Adirondacks. That would mean a lot more travel for many of the people involved (49 hail from Albany, Rensselaer, and Schenectady counties or points south), and possibly smaller audiences than the show would draw at its Albany locations (the University Art Museum and the Albany Institute of History & Art). But I was thrilled, for a number of reasons, when I heard that the Hyde had been named as the new third wheel (replacing the Schenectady Museum, which changed its mission several years ago to showing only scientific exhibits). 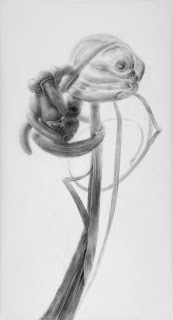 The Hyde has a venerable collection, features plenty of lovely exhibition space, and is run by a team of consummate professionals – making it an ideal setting for the Regional. Bringing the show north seemed likely to attract new artists, and apparently it did, as this year set a record with almost 1,500 entries by 340 artists (though, curiously, only one of those accepted is actually from Glens Falls); it also revives the memory of the Adirondack Regional, a Hyde tradition that was dropped around 20 years ago. And it’s a great decision for the Hyde itself to take this opportunity to reopen its doors to the legion of local fine artists who will now refer to it as “their” museum.

So, how has it worked out this time? While there are a number of North Country artists in the show (some of whom have been in it before), the majority of included names are still rather familiar. This year’s juror, Charles Desmarais of the Brooklyn Museum, shows no particularly bizarre taste; the eclecticism of his choices appropriately represents both the region and the art world as a whole. Desmarais did choose to include more artists than usual, and in most cases just one work by each (somewhat like Ivan Karp, who selected 72 works by 71 artists for the 2005 show at the Albany Institute). This makes for a very broad but not very deep viewing experience. 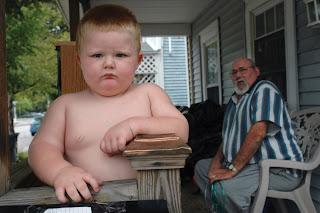 Prize-wise, the Hyde has done reasonably well. In contrast to the 2008 Regional, which gave just six cash awards totaling $1,550, this year nine artists received a total of $2,450 in cash prizes (though the University Art Museum did better last year, distributing just under $4,000 in cash prizes to 12 artists). That's in addition to purchase prizes from the three sponsoring institutions and five gift certificates that were also awarded. As always, a nicely printed color catalog accompanies the show; it contains an informative introduction by Hyde Executive Director David Setford and an essay by the juror.

Desmarais begins his essay by saying "Modern Life is a negotiation between what things are and what they first appear to be." He then goes on to invoke the confusing and contradictory TV images of our current era, and then to either flatter or insult us (you decide) by pointing out that "artists, practiced liars that they are, tend to be great at sorting this stuff out." A purposely provocative introduction to a show that is, essentially, a snapshot of the concerns and sensibilities that our best local artists – and our culture as a whole – hold dear.

I do have a complaint or two about the show. One is its breadth – a strength to some, I think so much inclusion tends to place too sharp a focus on the curator's choices and not enough on the artists'. As a viewer, I would always rather see larger bodies of work by each artist in a group show so that I can better understand the whole of what that artist may be trying to say. Instead, when a curator (or juror) creates sweeping cross sections of scores of artists' individual works, it becomes too general a statement. 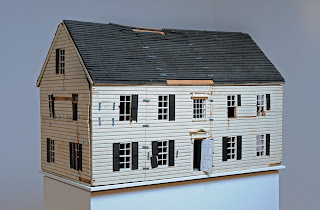 On the plus side, that general statement is precisely what many people expect the Regional to provide. Also a plus in this specific case is the arrangement of the installation, where chromatic and thematic groupings form a coherency that would otherwise be lacking in such a survey. It does make for a handsome appearance and some fun associations.

My other complaint must fall on the shoulders of the artists – and that is that a fairly thick slice of the work in this show is getting pretty stale. Too many pieces in this selection are dated 2008 or before and, as is no surprise with that being the case, I've already seen much of it (and so, presumably, have a lot of other art fans). C'mon people! It'll be 2011 by the time this show comes down – if you haven't got something good from the last two years, then maybe you shouldn't submit. 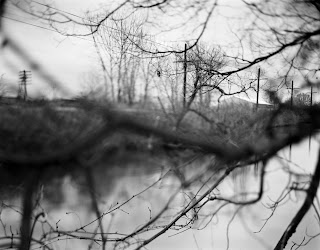 Freshness aside, the quality of the work in this Regional is almost universally high – the juror seems to have hit only a few wrong notes, and those he selected for prizes do seem to stand out (including the work reproduced with this post).

In addition, I would like to name a couple of pieces that were not singled out by the juror, but that might have been: Anne Diggory's luminous hybrid media piece titled let there be white and Joel Griffith's chilly, dusky acrylic painting titled House on West Kerley's Corners are both wonderful examples of the continuing power of traditional subjects (landscape and still life) to resonate. Another fine piece, titled Reading Room, by Regional stalwart Allen Bryan, shows what digital photography can do without losing the qualities of film photography.

And, speaking of photography, it is a pleasure to note that, 20 years after this competition ceased to bar photography from its submissions, film- and digitally-based media again make up a substantial portion of the work chosen (33 out of 93), including several prize winners.

The 2010 Artists of the Mohawk Hudson Region exhibition continues through Jan. 2, 2011. An annex show of 14 additional works selected by the juror (and including nine artists not in the Hyde show) was on view at the nearby Tom Myott Gallery in the Shirt Factory but it closed shortly before my visit. Instead, I found a beautiful solo show by Saratoga Springs artist Regis Brodie that just opened there; it is well worth a visit.

Works of art, in order from top of post: