If you find yourself within striking distance of Sarasota, Fla., any time soon, be sure to check out the Ringling Museum. Originally built as a lavish estate by John Ringling (of circus fame and robber-baron fortune) and his wife Mable, it was then donated to the local municipality in 1936 by the childless couple. The gorgeously lavish seaside site offers changing shows of contemporary art; a significant permanent collection of both circus art and fine art; free and guided tours of the Ringlings’ jazz-age, neo-Venetian villa; parklike gardens; and more.

My friend (and Florida native) John and I went there to see two shows in particular: One was a traveling collection of cutting-edge Chinese photography and video, titled Seeing the Unseen, which we found disappointing; the other is a new Ringling-curated contemporary group show titled Re:Purposed that was outstanding.

Why were we disappointed by the Chinese contemporary work? Well, disappointment hinges on expectations, and I admit mine were a bit higher for this conglomeration that featured eight artists but was so narrow in scope as to seem almost a solo show. I’ll blame the curators, not the artists, for that, but it is certain that out of the vastness of the Chinese art scene there had to be more to work with that would have captured our attention. Instead, we moved on fairly quickly, our appreciation for the contemporary Chinese art world somewhat diminished.

Re:Purposed, on the other hand, provided a delightful overall experience and featured, for me, both old friends and new discoveries. The two best-known (and oldest) artists in the mix, Nick Cave and El Anatsui, do carry the show with conceptually sound, brilliantly colorful, exquisitely crafted pieces. But they also have some fine company, especially in the case of Aurora Robson, a Canadian collage assemblist with delicate sensibilities, wry wit, and 21st-century wisdom.

Robson’s pair of works on paper with magazine cuttings and deftly drawn curlicues cleverly celebrates and subverts our ubiquitous advertising media and its unsubtle consumerist messages, while offering playful and meaningful alternatives. Another artist with a message, Alyce Santoro, presents tapestries and dresses made from woven magnetic tape (pulled out of old cassettes), working not just with the shiny material but with the vestiges of sound that they contain and which can still be pulled up by a tape head. I found this aspect of the weavings equally intriguing and creepy – visually, though, the work fell a little flat.

Daniel Rozin’s moving wall of fragmentary detritus is probably the most innovative piece in Re:Purposed – via computer technology and little mechanical motors, the work looks back at the viewers and makes a shadow image of the figures it sees. The interaction is a valid way of communicating that we are directly connected to the trash he’s tricked us into looking at.

Ringling curator Matthew McClendon gave a big space to Jill Sigman for a site-specific installation of a hut constructed out of stuff culled from local Sarasota trash (including some discarded Ringling signage). Colorful and unsurprisingly chaotic, the hut felt forced – too artificial to be truly engaging. Visitors showed their discomfort by hesitating to enter it (despite a clear entrance and no prohibitive warnings) until I broke the barrier and walked in. This lack of audience interaction is symptomatic of the sterile, churchlike environment that museums have cultivated, but it also speaks to an absence of excitement about the Sigman work presented here.

The other artists in the show (Matt Eskuche, Vanessa German, Emily Noelle Lambert, and Mac Premo) all are well represented by a good sampling of work that ranges from elegant glass reproductions of crushed cans to mechanical constructs. The show is augmented by a few items from the Ringling’s permanent collection, including a first-rate wall relief by Robert Rauschenberg and several Marcel Duchamp readymades.

Also on view at the Ringling is a permanent installation by James Turrell titled Joseph's Coat that is a super-flat 24-foot-square aperture in the ceiling of a courtyard, through which viewers can see the ever-changing sky above. Periodic nighttime LED shows designed by Turrell are the real event, but just to stand under the opening during the day and look up through it is a transcendent art experience well worth the effort.

Seeing the Unseen ended on Feb. 28; Re:Purposed will be on view daily through May 17. 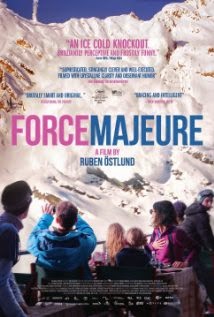