I’ve been remiss in taking so long to get to this year’s Fence Select show at the Arts Center of the Capital Region in Troy, because it always features a wide swath of the region’s best and upcoming artists, and it ends this Saturday. But, as I am often forced to say, better late than never.

This year’s edition of the show was juried by Dan Cameron, a noted critic whose local presence seems to be increasing lately, and the 51 artists included are overall quite worthy. I regularly refer to this annual exhibition as “the other Regional,” and this year’s edition pretty much lives up to the title; seven of the included artists were also in the 2021 Mohawk-Hudson Regional, and several others have been in previous editions of that show.

My biggest quibble with the current edition of Fence is that only a few of the selected artists have more than one work in it (specifically, six artists have two each) and those works aren’t presented together in any case. But the gallery looks good with the show as installed, and there are very few clunkers in it (I’ll leave it for you to decide which they are).

Among the outstanding pieces to my eye and mind were the following: 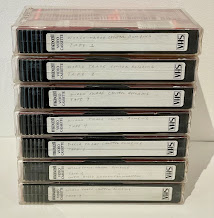 The exhibition’s other prize-winners are Royal Brown, for a futurist reinvention of found objects; Jeff Wigman, for a Bosch-like painting on wood panel, and William Fillmore, for a strikingly geometric steel sculpture.

The ACCR is open every day but Sunday; Fence Select 21 ends Saturday, Dec. 11.

Posted by david brickman at 9:20 AM No comments: