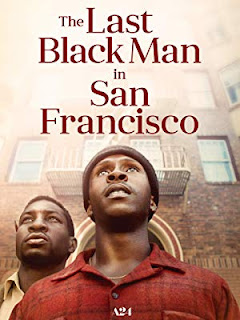 Basquiat x Warhol at The School

Summer in the greater Capital Region means blockbuster art exhibitions, and 2019 is no exception. However, despite Renoir being at the Clark, Sloan at the Hyde, and Ritts at the Fenimore (all sure to attract a great deal of worthy attention), this year's top draw surely is Basquiat x Warhol at The School in tiny Kinderhook, a venue that has been a project of the New York City art dealer Jack Shainman for the last five years.

It's a testament to the lucrative NYC art trade that Shainman can afford to offer this tremendous gift to all art lovers within reach of Columbia County. Though the exquisitely renovated former public school is only open on Saturdays from 11 to 6, admission is free, staff are plentiful and professional, and printed checklists are there for the taking. Like other modern spaces (MASS MoCA, for example), The School features many galleries on multiple floors, high ceilings, white walls (except where original pastel paints remain gloriously peeled and layered) and plenty of distance between the artworks and their labels (an approach I like for its lack of intrusiveness).

While previous shows at The School featured gallery artists and the works were generally for sale, this iteration is made up entirely of privately owned pieces which, considering the exalted historical status of Jean-Michel Basquiat and Andy Warhol, gives it the aura of a museum exhibition. Though these facts don't guarantee universal appeal, it is a very likable show for anyone who can handle Pop, abstraction, and expressionism, along with a generous dollop of adult content.

Per the gallery's press release, the crux of the exhibition lies in the collaborative paintings and interconnected practices of the two artists. Widely criticized when the collaborations took place in 1984-5, this re-examination proves that time passing is the best method for judging the true value of a work of art.

Beautifully installed in the venue's most expansive room, eight large jointly made paintings are augmented by more than 100 individual works, including Warhols from as early as 1964 and Basquiats from 1980 to 1987 (the year Warhol died). A large chunk of the Warhols are Polaroids (many of them quite wonderful), and there are also three Warhol short films and a 2018 PBS documentary on Basquiat running continuously.

Surrounding the centerpiece of the show with so much individually made work has multiple effects: First, it puts the collaborative work in context by presenting many examples of work by both artists from the same period; it offers the opportunity to consider each of the artists on his own; and it invites the viewer to compare the two artists.

Each facet of this process is rewarding. There are rooms where Warhol's or Basquiat's pieces stand alone, as well as spaces where they are intentionally juxtaposed.

In one broad hallway, extended bodies of work on paper by each of the collaborators hang separately but equally in a balance of black and white (see the example by Basquiat at the end of this post). And, now that I said it, one has to consider the aspect of this story that addresses being black or being white. Basquiat, an African American of Haitian and Puerto Rican descent, didn't hold back on expressing his rage at racism (even within the highest levels of the art world, to which he was admitted so young, and where some would say he was treated as a very highly paid mascot). Yet Warhol, as white as they come, was also an outsider - gay, with a strangely neutral affect, inhabiting the NYC underworld of gender benders decades before it became popular, he crossed boundaries easily.

This is evident in a number of the works shown here that may surprise people who know Warhol primarily from his factory-made Pop art, in which his masterly hand at drawing is applied to beautifully rendered portraits of drag queens and transvestites - all of them black.

Aside from race, the show delves into another taboo subject - that of death. Indeed, this is its true core. Especially in the collaborative paintings, but elsewhere too, the preoccupation with death is palpable – images of skulls litter the exhibition, along with other direct references to the end we can't escape. The Basquiat that opens the show, a football helmet adorned with human hair that he advised Warhol to wear in order to understand the black experience, is itself a proxy skull.

Death is also repeatedly referenced in paintings and silkscreens that address the fragility of the human heart. The largest collaborative painting (13 feet long) is titled Heart Attack, and several Warhols in the show directly depict the organ. A small but potent Warhol silkscreen from 1984 re-creates a public health poster that explains How to Tell You're Having a Heart Attack. Basquiat's work, though often humorous and colorful, is nevertheless persistently ghoulish.

Though it's sad to recall both men's deaths, just a year and a half apart (Warhol from complications after gall bladder surgery, and Basquiat of a heroin overdose at age 27), this exhibition shows the lasting legacy of their extraordinarily vital energies, and leaves the visitor uplifted by the joy they clearly took in sharing their artistic pursuits. To paraphrase my friend Margo, who joined me there, we just loved it.