Few of you would know this, but I am a runner. Not one of those obsessive marathon or triathlon athletes, but a dedicated runner nonetheless.

I’ve always done sports and exercise, including soccer, cycle touring, 20 years in karate training (yes, I have a black belt), and 10 years of Senior League basketball. But running – to my surprise – has become my #1 choice to stay active and feel healthy.

Scientists agree – research has concluded that running at a moderate pace for 10-20 miles a week gives the maximum possible boost to longevity of any human activity (intriguingly, running more than 20 miles a week nets no further gains). No one knows exactly why this works, but the evidence is that it reverses the shortening of the telomeres on our chromosomes – a hallmark of the aging process – thereby increasing lifespan.

Having turned 60 a few months ago, this interests me now more than ever. I mean, I want to live long enough to do all the stuff I never seem to have enough time for. But that’s not why I started running. Actually, I always hated running. Even as an excellent school soccer player I was lazy. My high school friends who ran track and cross country never even tried to sell me on it – they knew I was hopeless – and, I admit, I still wonder how any kid could find distance running enjoyable.

But around 15 years ago I found myself too busy to do sports that take significant time so, with a YMCA close by, I began doing some treadmill running as a quick way to get that crucial stress-reducing exercise. But treadmills are dreadfully boring. So I began to run outdoors in good weather, following the advice of more experienced guys at the gym on where to go and how to do it correctly. I also decided to set a goal (otherwise, it’s tough to get motivated): To run a 5K race in a time I wouldn’t be ashamed of, which I accomplished after a few months of practice.

I didn’t keep notes, so I’m not sure what pace I was doing back then, but it was pretty much average for my age, and I was satisfied with that. I continued to run casually and race occasionally at moderate distances for a number of years, enjoying the obvious health benefits and sense of accomplishment that regular exercise will bring.

Only recently (say, in the last three years) have I begun to treat running as a sport, participating in more races, training in a more strategic way, and feeling a little more competitive about it. I even have a Garmin wristwatch now – it can track speed and distance, provide pacing alerts, and set up run/jog intervals, tools that have enabled me to improve as I apply some of the advice that more experienced runners have been nice enough to pass on.

Which reminds me – the second best thing about being a runner, after the health benefits, is the community. In contrast to my experiences with basketball, I have never had an argument with anybody involving running. Unless you’re in a race’s top three finishers overall, you’re really not racing against the other runners – you’re racing against time and the inevitable deterioration of your own body. So runners are always very supportive. I even had a guy once turn to congratulate me when I pushed past him at the finish of a trail race (I was trying to beat 30 minutes, not him). His positive response to being outpaced exemplifies the friendly atmosphere of the many races I’ve participated in over the years.

More about competing: When I was still in my late 50s (oh, so long ago!), I was at a distinct disadvantage in road races. Because race results are structured in age groups, usually in 10-year chunks, that forced me to compete against men five or more years younger. And, because age plays a huge role in sports ability, despite my natural talent and fairly serious effort, I’d usually finish in the middle of the 50-59 pack. I accepted that, never expected to win or place, and never did. Instead of trying to beat other similarly aged runners (some of whom are so much faster than me that it still boggles my mind), I’d be striving to match some previous effort of my own, or maybe even set a new personal best.

But, as old Father Time has marched on, it’s gotten harder to keep up even with myself. And, right on cue, this 60th birthday year things are even tougher. Try as I might to improve – or at least maintain – I am simply weaker and slower than last year. Not that the running doesn’t still go well or feel good – it does! – but the same effort produces noticeably diminished results.

Then again, those 53-year-old kids that crushed me in last year’s races are no longer in my division – suddenly, I’m the baby in the group. And I’m still running pretty well compared to the past, making me far more able to compete with the over-60 set.

This new reality didn’t sink in until last week, when I entered the Dunkin Run, a 5K race that I run every year, always producing average results. My goal for this year’s race was to break 27 minutes (a feat I accomplished regularly in 5K runs last year but hadn’t done yet in 2018) and, with maximum effort, I reached it, finishing in 26:51. Mission accomplished, on to the next goal.

But then – to my complete surprise – the race results were posted and I learned I’d finished second in the division! I even received a medal.

So, now, I’ve got a new problem. The guy that beat me in this year’s Dunkin Run (a pretty speedy 65-year-old) did it by only 13 seconds. If I had been just a little better prepared, maybe kept to a more consistent pace – I could have taken him! As for those phenomenal guys in the 50-59 division? They were still minutes ahead of us – but none of them is anywhere near 60 yet. In other words, next year a first place finish is within my grasp!

So, it looks like I have a new goal. I’ll be sure to let you know how it turns out. But, for now - gotta run!
Posted by david brickman at 11:17 AM No comments: 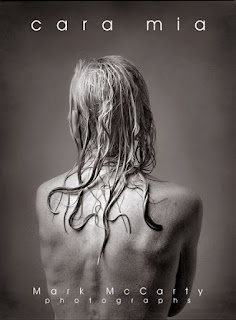 Lawrence picks up where she left off, presenting about 20 vividly-hued paintings and mixed media works (most notably, several incorporate fabulous stitchery). The works reflect Lawrence's fascination with the natural world in a style both varied and all her own. The show continues through mid-December.
Posted by david brickman at 6:29 AM No comments: