Serendipity was my friend a week ago when I was in Hudson on a Tuesday for business unrelated to art, but ended up seeing a really cool art show anyway. Galleries aren't generally open at that time of the week in weekender-centric Hudson, but Hudson Hall was, and William Stone's solo show there proved to be worth the trip by itself.

Entitled Apperception, this collection of nearly 30 works spans the past decade (with a few earlier pieces) and provides a good range of freestanding and wall-mounted examples of this very witty sculptor's output. Working mostly in wood, Stone likes to play games with our perceptions by transforming familiar objects and materials with both dry and playful attitudes.

Some of the wall pieces use found paintings as their foundation, combining respect and irreverence in equal measure to elevate such mundane objects into something more. These include Orogeny, where a mountainscape has been jigsawed so it pops off the wall, and Signatures, a favorite piece of mine in which Stone has excised and lovingly reframed a constellation of just the signatures from half-a-dozen or so garage-sale paintings.

Other wall works feature unfinished bark or slabs of lumber as the picture itself, flush-mounted or framed suitably in raw wood. These sculptures were not equally successful, but they all have the quality of making the viewer see something freshly, a worthy purpose for a piece of art. The rest of Stone's work in this exhibition (all of it freestanding) accomplishes that same goal quite neatly.

I should stop for a moment here to note that Stone is not just playing - he executes each piece with consummate craftsmanship, creating cleanly finished objects that use the qualities of fine woodcraft to mimic functionality, while simultaneously undermining it.

So when Stone transforms three nondescript wooden chairs into one extraordinary one, by slicing them apart and reassembling them, you end up with a perfect illustration of the cliché "greater than the sum of its parts." And you can still sit on it.

Other altered chairs make up a good part of the rest of the show, along with more complex pieces of furniture apparently built from scratch. Another favorite of mine shown here is among the most recent - Stair Share, from 2019, evokes an Escher illusion, but it's neither illusory nor impossible. Rather, it is both pointless and potentially handy - a clever bit of tongue-in-cheek commentary on our fascination with finely crafted objects and their uses.

I enjoy Stone for his simplicity - or directness - and for his sly sense of humor. You will, too.

Hudson Hall (aka Hudson Opera House) is in the middle of Warren Street and is open every day. The exhibition runs through March 15.

Well, I'm a little late to the party, but I have a couple of good excuses - and, anyway, at least I get to publish my list before the Oscars are announced this evening. Proud to say, this year I actually saw every Best Picture nominee (and all but one in an actual movie theater - the one being Joker, which I caught on DVD the day after it was released in that format).

As usual, I have a quibble or three with the Academy, but it looks like the front-runner this year is 1917, which is also my top pick, so you never know. Following right behind, however, is a film that got zero notice from the Academy (though some critics gave it due props), which is sadly ironic in that it's an all-black production that easily deserved the attention and could have helped to save the annual hue and cry about Oscars-so-white if it had been properly recognized.

Instead, The Last Black Man in San Francisco is this year's most-overlooked movie at Oscar time (see my full review here). Honestly, I'm not cynical enough to think that Academy voters disregard good material just because the people who made it are black; rather, I think they are simply too self involved to be able to appreciate a lot of fare that isn't right up their alley - hence, outstanding non-traditional or foreign material often gets overlooked. 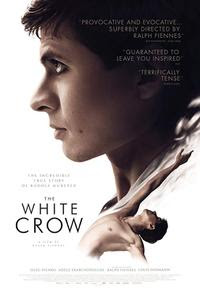 That said, you may notice that the much-ballyhooed Korean film Parasite didn't make my short list (though its Oscar success may have helped the Academy dodge the racism bullet this year). I acknowledge that Parasite is extremely well made, but it is too brutally dehumanizing for my taste. I've gotten the impression that many people found its class-struggle story to be groundbreaking - however, 2018's Japanese production Shoplifters told a very similar story, while humanizing all its subjects, which to me was both more difficult and much more worthwhile. (Then again, a movie-savvy friend told me that Parasite was his favorite film of 2019 and Shoplifters his favorite of 2018, so maybe I'm just confused.)

Other films that the Academy liked more than I did were Ford v. Ferrari, which told a very good story, but in such a drawn-out fashion and with so much time spent inside a race car that I got bored (despite great performances by Christian Bale, Tracy Letts, and others, as well as a lot of unsubtitled but perfectly executed Italian dialogue - a surprise treat for me); and Little Women, which also featured some very good acting but was almost unbearably twee and, at times, so anachronistic as to be groan-inducing.

But the rest of Oscar's favorites made my list - so, here we go: 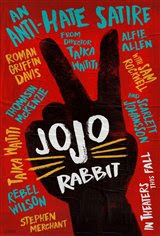 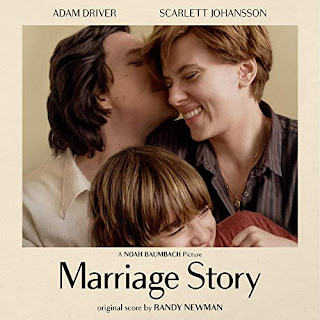 Still to be seen: I've yet to catch up with the aforementioned Pain and Glory, and would also like to catch The Two Popes (which had each Pope interpreter get an Oscar nod), and another African-American themed movie called Waves that got an 84% rating on Rotten Tomatoes (compared to 92% for Little Women and a perplexing 68% for Joker).

In all, 2019 was a far better than average year for films, as was 2018 - a promising trend, with Amazon and Netflix deserving much of the credit.