Go out and see a movie - Please! 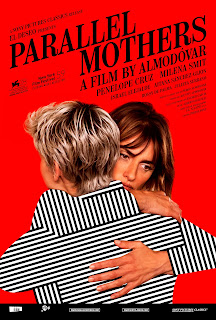 Constant companion and I caught a 4 p.m. matinee of the latest Pedro Almodóvar film yesterday at Spectrum 8 Theatres in Albany - and got a private showing, as no one else was there. Admittedly, when the mercury hits single digits, it takes fortitude to leave the house, but we love movies and enjoy seeing them the old-fashioned way, so we bundled up and headed out.

Parallel Mothers is a great movie, by the way, with plot twists, first-rate acting, a deeply felt perspective on the legacy of conflict, and the wonderful, colorful Spanish settings that Almodóvar always delivers. But we left the theater feeling a bit depressed by the experience. And it didn't help to see from the street that the drinks establishment next door was chock full of patrons. 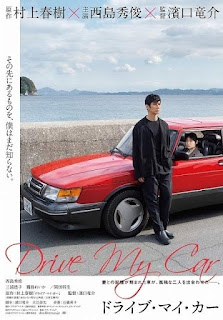 With everyone streaming at home from a hundred platforms, spooked by the Omicron variant, and just plain self-absorbed, it's hard to have much hope for the future of the small movie theaters that dependably screen the sort of movies we love: independent, foreign, plot-driven, devoid of car chases and explosions.

I've chosen to have none of the home-based means by which the majority of us now enjoy films. No cable, no Netflix, no Amazon Prime - just antenna-fed TV and DVDs from the library, augmented by online rentals from Kino Lorber, a foreign-film distributor that fills the gaps left by the Spectrum. That leaves plenty of money in the budget to pay for tickets. 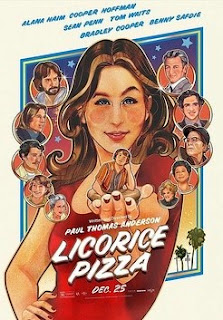 Currently, the Spectrum (an eight-screener on a main thoroughfare in the city) is showing several new releases that will contend for Oscars, including Licorice Pizza, Drive My Car, The Tragedy of Macbeth, and Nightmare Alley. I hope to see all of those before they leave the big screen, and will make an extra effort to do so.

Going out to a movie still fills me with anticipation, freshens my step, and then fulfils that latent desire to be enveloped in the dark, alone or with friends, wrapped up in a story, with brilliant images, resonant sounds, and anonymous fellow theatergoers who sometimes have a word or two of comment during the credits. 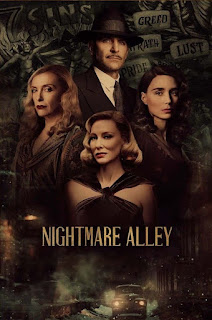 I used to regularly run into friends at the Spectrum, and even made a new friend on occasion as we paused in the lobby to share our responses to a good film. Now, it's usually just the staff, who somehow still have jobs, but these days clearly seem to have not enough to do.The Spectrum is part of a national chain (Landmark), which has theaters all over the United States, most of them in far larger markets than ours. I suppose those venues are making enough money to help keep this one open. But it's not something I would want to count on for long. 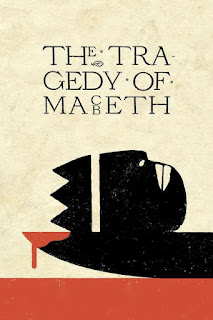 So, please, if you value the presence of a great independent movie theater in your region, and wouldn't want to see it close, get up off the couch, grab a coat and the keys, and go support it. You'll be glad you did.

Note: I'm in Albany, so the Spectrum on Delaware Avenue is my go-to cinema - but there are several other small, independent movie theaters in the Capital Region that equally deserve your support, including the Criterion in Saratoga Springs and the Movieland 6 in Schenectady, both of which are owned by Bow Tie Cinemas, a national chain with 38 venues - coincidentally, the same number as Landmark.

Pieced Together at APL

Perhaps one of the best-kept secrets on the local gallery scene is the Pine Hills Branch of the Albany Public Library, where expertly curated exhibitions of regional artists have been mounted about twice a year for quite some time.* And the current show, Pieced Together, is one of the best yet.

Organized by staff at Russell Sage College's Opalka Gallery, Pieced Together features 11 artists united by the theme of assemblage, an often overlooked art form that came into its own during the height of Modernism, in particular among Dadaists, often in the unassuming clothing of paper collage. Most of the work in this show follows fairly closely in that tradition, while some of it feels more connected to later periods of contemporary art that grew out of Modernism.

Altogether, this is a particularly lively collection of very accomplished work by well-established local favorites and a few relative newcomers, including one recent Sage graduate, Chloe Harrison, whose delicate matboard constructions show promise, while confirming her self-described fledgling status.

Highlights from the show are many, even if one must perform something of a treasure hunt to find them all in the two-level space which, though not designed for art exhibitions, still serves well to showcase the work. Installations here always exploit the big central staircase, this time featuring two of my personal favorite artists of recent times: Beth Humphrey, who presents a constellation of small framed works on a mid-level wall that delight with their shapes, colors, and layerings; and Kenneth Ragsdale, who offers a suspended wire laden with playful, oversized folded-paper objects from his own quirky personal vocabulary of memories and imaginings.
Another recent favorite artist, and one who I think deserves - and will get - more attention as time goes by, is Paula Drysdale Frazell. Her mixed-media works are less related to cut-paper collage than they are to painting and, in a sense, quilting, as they combine paint, fabric, and printed paper (such as maps) in colorful and playful compositions that draw from childhood memories and other family stories. Her works are both charming and thought provoking, making for a tricky balancing act that she handles comfortably.
Three of the artists in this show are strictly collagists of the cut-and-paste variety, forming a core for this selection, and being easily appreciated by any of us who have ever tried that medium (myself included); they are Niki Haynes, Juan Hinojosa, and Michael Oatman, all of whom have appeared in other local shows recently, and whose work remains fresh and fun.
Hinojosa is easily the flashiest of this group, delving into consumer culture with abandon, embracing the brightest of colors and materials and, in the case of two works in this exhibition, utilizing metallic surfaces as a background. Eye-catching, to be sure, but for my taste a bit superficial.
Haynes, in contrast, hews to the mystical. Here, she presents a group of six small collages that coolly spook you with eyes that are watching from on high. Her technique is almost alarmingly simple, but it takes a lot of experience to get to simplicity and have it work so well, and Haynes has it.
Oatman throws us a curveball by installing a body of 26 comic-book collages he made in 1983, during the summer after his first year in college. I'd glimpsed these somewhere before, and was delighted to see them again, as they are witty, well crafted, and totally consistent with the work he is making today, nearly 40 years later. It takes courage to reveal early work, and in this instance I think it pays off.
The other artists in the show, which opened on Oct. 1 and will run through April 17, are Fern Apfel, Danny Goodwin, Henry Klimowicz, and Melinda McDaniel.
*Full disclosure: I recently joined the board of directors of the Friends and Foundation of the Albany Public Library, which has some input into programming at the branches, including arts programming.

Catch these while you can ...

What better way to start the new year than to catch up with an art show or two that you meant to see but got too busy to get to during the holidays.

There are a few good choices in the region that will end soon, including a great opportunity to take advantage of free admission at a world-renowned museum.

First up, in order of ending date, would be the Annual Members Show at Saratoga Arts in Saratoga Springs, set to close on Jan. 8, closely followed by the annual Upstate Artists show at The Laffer Gallery in Schuylerville, which ends on Jan. 9. Both include a large cross-section of regional artists and are located not too far apart, providing a good opportunity to double up.

Two shows that will end on Jan. 14 also feature a great many regional artists: Gallery Mixtape, Vol. 1 at Collectiveffort in Troy, where a selection of BIPOC artists are showcased, and the Annual Members' Show at Albany Center Gallery. Well over 100 artists (myself among them) present one piece each at ACG, making for a super-eclectic viewing experience that is always popular with viewers.

A solo show by one of the region's outstanding mid-career artists, Alisa Sikellianos-Carter, will re-open on Jan. 9 and run through Jan. 16 at Union College's Mandeville Gallery in Schenectady. Sikellianos-Carter, who was one of the three jurors of the 2021 Mohawk-Hudson Regional, works in large-scale mixed media with a healthy and entertaining nod toward Afrofuturism.

Perhaps most intriguing, an exhibition of 20th-century Japanese prints from the museum's collection will remain on view at The Clark Art Institute in Williamstown, Mass., through Jan. 30 - and admission to the museum will be free for the entire month. Competing Currents promises to be a highly pleasurable lesson on a unique corner of recent art history.

So, go forth and see some art! It will make a great beginning to your 2022.

Add note: This just in from the Albany Institute of History & Art - Fashionable Frocks of the 1920s, a fancy and fun romp among the clothing styles of the flapper era, has been extended through Jan. 9.

Posted by david brickman at 6:47 PM No comments: