I suddenly realized the 91st Academy Awards will run tonight, and I haven't posted my annual take on the best films of the year.

So, in haste, I give you my Top Ten picks of 2018. As usual, there are caveats. I confess that half of this year's eight Best Picture nominees have thus far escaped my viewing. This is - again, as usual - intentional: Specifically, no one who has seen The Favourite has been able to convince me I shouldn't miss it; the reports on A Star is Born, though more positive, still left me willing to leave it for later; while I do plan to see Bohemian Rhapsody one of these days, I don't expect to see it as a film worthy of serious consideration; and I actually have no idea what Vice is about, but I'm pretty sure it's not my kind of movie (and if that attitude undermines my credibility or offends anyone, I sincerely apologize).

Of the four remaining BP nominees, I do include two of them on my list (see below). As for the other two: We started to watch Black Panther at home, but the dialogue was so badly written I had to leave the room after 10 minutes (my wife enjoyed it, however); and BlackKklansman is a pretty good Spike Lee movie with the usual Spike Lee faults (i.e rather preachy and 15 minutes too long), but it's way overrated and, by my reckoning, only the third best film of its genre that I saw in 2018 (the genre being African American-made movies with political or social messages). Spike can do better (and has on many occasions). 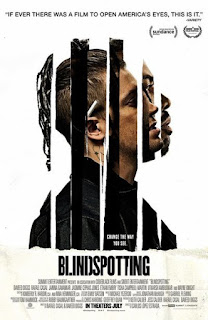 Update, 3/11/19: I recently caught another very good 2018 release (on video at home), and would have placed it somewhere in my Top Ten, let's say tied for 9th place, had I seen it in time for this list. It's Bo Burnham's debut feature, Eighth Grade, which offers a glimpse into the interior life of a 13-year-old girl who's trying to figure out how to grow up and find her place in a world dominated by social media. Burnham's script is astute, poignant and quite funny, and his star, Elsie Fisher is a full-on revelation.


Posted by david brickman at 1:27 PM No comments:

Joe Testa-Secca at University of Tampa

On a recent visit to the Tampa Bay region of Florida, I had the pleasure of seeing a strong retrospective exhibition of the work of 90-year-old Joe Testa-Secca at the University of Tampa's Scarfone/Hartley Gallery.

Well into the fourth decade of the reign of Postmodernism, one might ask, “Why would an exhibition boldly proclaiming Modernism Reimagined in its title engage us?” Beyond the twofold reply that the earlier “ism” (a term coined by the great Robert Hughes) dominated the 20th century, while also providing the rich inventions that continue to reverberate today, in the case of today’s offering the answer is uniquely personal.

The context is rooted squarely in a single individual, Joe Testa-Secca. As he enters the tenth decade of his life, with over sixty years of prodigious creative endeavor behind him, this individual’s career and legacy as an artist-teacher has loomed large in the annals of the visual arts in the greater Tampa Bay area.

Now a vital and expansive part of the greater cultural life of today’s major urban center, this was hardly the case in 1950, when the same young man graduated from the small and private University of Tampa. With an art major? Hardly! There was no such degree to be found in the equally sleepy town that lacked the significant colleges and art museums that abound in this urban center today.

In fact, the entire country at that precise mid-century year was barely on the cusp of unleashing upon the world New York City’s twin towers of Modernist  art movements, Abstract Expressionism and Pop Art. In these, America loudly announced that it would now lead the way in visual innovation, and when I first entered the present exhibition at his alma mater, it became immediately clear that their concerns are clearly at the core of Testa-Secca’s lifelong explorations.

To achieve what he has, well chronicled and celebrated in this monographic show that features over 40 important works accompanied by a fully-illustrated catalogue (available for purchase through the University’s Gallery, here), was no small task. In fact, it was the artist himself who co-founded the Scarfone/Hartley Gallery, the first fully dedicated contemporary art space in Tampa. Testa-Secca gifted himself as well as the community by increasing access to now world-renowned contemporary artists through exhibitions by William Pachner and William Walmsley, among others.

One can see that he devoured the exciting and expansive ideas then emerging in the growing national obsession in the arts; this included the impact of an emerging art media that provided access to images and critical dialogue for those whose careers kept them physically away from the beckoning Mecca of Manhattan.

Among the hallmarks of Abstract Expressionism is an innate humanism grounded in the visceral reaction to the death and carnage of WWII and the challenging shocks of the Holocaust and the atomic bombing of Japan. Hence was birthed “The Age of Anxiety” that haunted our intellectuals and artists, counterpoint to the popular notion perpetrated in the sitcom Happy Days: '50s America as we would like to remember it.

What Ab-Ex gave us was an insistence on life in the form of the individual gesture that could be characterized as desperation for the impact an individual could have in a world that threatened to crush it. The apparent violence in the physical gestures of thrashing paint are paradoxically a plea for peace and meaning, ingesting the mess left behind by global conflict into an internalized cosmos that said “I act, therefore I matter.”

Testa-Secca’s reimagining seems to attempt to tame that wild energy by introducing geometric structures that act as architectural frames that interact with the more organic curvilinear forms that carry the action. This is tricky business, the very reason I admire this artist’s ability to navigate the dangers of applying a formulaic solution. Rather, the learned brilliance of his draftsman’s hand, filled with nuance and the knowledge that only comes with time and sensitivity might remind one of the fluid grace and discipline of the Olympic ice skater.

These attributes are well seen in Ecstasy, a 1975 mixed media piece I particularly favored. As the artist plays a visual game of ‘hide and seek’ with various human bodies engaged in the private act of lovemaking, the handling is poetic in both physical mark making and the tone he brings to the subject. What can be a better answer to death than the act of making life?  I personally sensed the feeling of being nearly weightless as if the moment of ecstasy had momentarily taken me out of the heaviness of the world.

Not content to remain solely under the impact of Abstract Expressionism, Testa-Secca was perhaps even more influenced by the underlying elements of Pop Art. It is easy to be tempted into a snapshot memory of the movement, a bad idea that never occurred to this artist. Keying into the central elements of celebrity and its self-centered posturing, and matching this with the graphic strength that comes from the simplification of form that automatically follows photographic value structures, the painter instead stocks his canvases with multiple characters that preen with pride in their athletic perfection and ability to personify through facial expression and body gesture.

What grounds this series of images is the steady hand of a man who loves to draw, and draws well. He pushes himself, willing to chance failure as he experiments day after day, year after year. Artists who do so command this writer’s respect, for too many take the easy way out.

Testa-Secca was well aware of what he was doing, and summed up his efforts with these words: The drama of what you do with the space and how that works is what a painting really is. An artist is responsible for every inch of the canvas.

Posted by david brickman at 10:38 AM No comments: