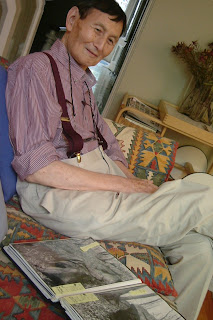 I was greatly saddened to learn recently of the death on Sept. 28 of New York City photographer John Yang, whose elegiac series of Thacher Park pictures was shown in a solo exhibition at the Albany Institute of History & Art in the fall of 2007.

Yang, who was a child when he came to the United States from China, worked as an architect before retiring in 1978 to devote himself fully to photographic art. His work, often made with custom-built cameras of unusual dimensions (examples include 11x14-inch format and 360-degree panoramic), had been exhibited regularly at Marcuse Pfeiffer Gallery and John Stevenson Gallery in New York, Stephen Daiter Gallery in Chicago, Robert Klein Gallery in Boston, and other premier venues; it is in the collection of the Museum of Modern Art and many other museums.

The Thacher Park photographs, made primarily along the Indian Ladder Trail during five years of concentrated effort, constituted his final body of work. A beautiful catalog of that cycle was published by the Albany Institute and is available in the shop at the museum. You can learn more about Yang and his work by clicking here to go to his website.

I had the good fortune of getting to know John personally after I wrote about his Indian Ladder series for Capital Region Chronogram; the last time we saw each other was at his house in August, where he showed me two albums of landscape photos that he thought might make a book, and I took the picture of him seen above. He was an extremely gracious and thoughtful man with an impeccable eye for subtle composition and consummate photographic technique. He will be greatly missed. 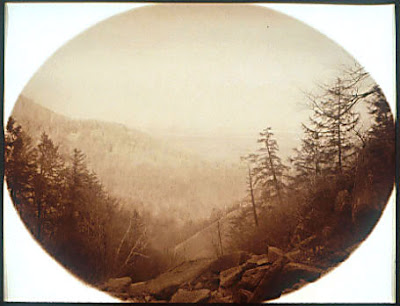